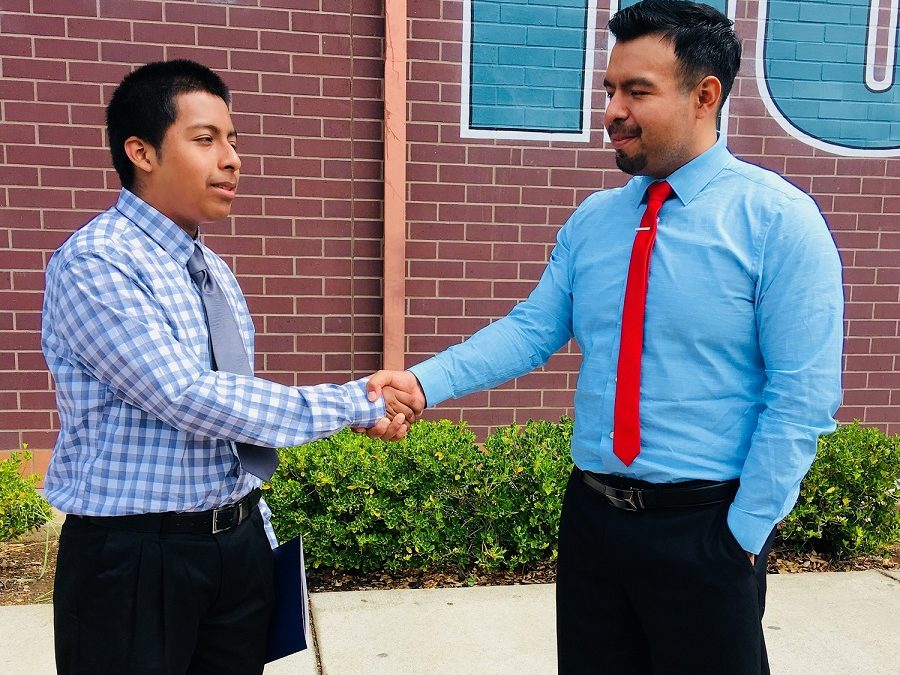 MESA alumnus Jeffrey Aparicio shares his path and how he inspired his little brother to succeed.

“My parents came to America and decided to settle in San Jose California because a relative lived there. We shared a two bedroom apartment with my uncle and my father’s friend — there was about 7 people living there. My father was always working two jobs so I hardly got to see him.

“In my freshman year of high school my father passed away from alcoholism. It was a great tragedy when my father passed away and this broke our family apart. I remember going to the garage and punching my punching bad until my knuckles started bleeding. I couldn’t believe my father was gone. I felt alone, betrayed and broken. I became very selfish and was attracted to the gang life style. Instead of helping my mom and the rest of my family, I left them for this so called brother hood.”

Jeffrey was kicked out of school and entered the juvenile justice system before he realized he wanted more in life. He was able to graduate through a continuation school and started attending Cosumnes River College in Sacramento where he found MESA.

“MESA helped me get out of my comfort zone. I remember walking into (Cosumnes River College MESA director) Mr. Carney’s office asking him tips on how to dress up for a conference that I had the opportunity to attend. I was so nervous. I had never dressed up unless I had to go to court or church.

“MESA provided me with my own business cards and help me prepare my resume. Never in a million years did I think I would sit down with big name agencies and companies such as NASA, Raytheon, Caterpillar and even Google and talk about my future. I was nervous but I remember Mr. Carney telling me just be genuine and be yourself. In the end I grew as a person and my passion to pursue a higher education grew.”

Now Jeffrey is a third year aerospace engineering major at Cal Poly San Luis Obispo. He wants to work on the structural design of spacecraft for a company like SpaceX or Raytheon. He said the MESA family helped him realize he can achieve his goals and gives the same advice to other students (including his younger brother who just completed middle school).

“Don’t give up. I know many of you have heard this over and over in your lifespan, but it’s true. Think about a moment when you were dedicated to something, but you had all these obstacles in the way.

“In my case, I was a full fledged gang member destined to spend the rest of my life behind bars or dead. However, even though everyone was against me, I pursued my dreams. I smiled at all the negativity I was facing and turned it around. I knew I could do more in life and all I had to do was not give up. Not only did I not give up, I made an impact. I left my community college with seven degrees, four scholarships, highest honors and acceptance to Cal Poly.

“Life is what you make it. Dream big and never settle for less.”